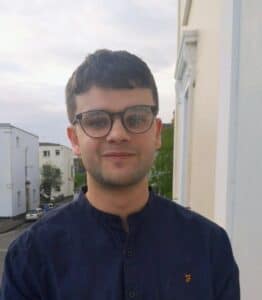 ELAROS is happy to announce that Oscar Petherick has been promoted to the role of Research and Development Manager at ELAROS.

This promotion marks Oscar’s 9 month anniversary with ELAROS, joining shortly after finishing his Masters in Bioengineering from the University of Sheffield. Oscar first joined ELAROS as Graduate Research and Development Associate.

This promotion comes in response to another exciting development for ELAROS, the start of their £286,000 Innovate UK funded project, Neu-Restore, which Oscar will be managing. During this project Oscar and the team will be developing a first prototype of a digital platform which will provide users with a new way to assess stroke. The platform will consist of a clinical portal as well as a motivating and enabling app for stroke survivors.